June Talk: talk #1 A New Approach for Understanding Prehistoric Populations of Qatar & talk #2 - Reptiles - An evolutionary success - My insight into the lizards of Qatar

We are very fortunate to have 2 very interesting topics this month.

First, we’ll have a team of researchers from Sidra Medicine, Qatar Museums, and the University of “Tor Vergata” (Italy) who will present their new approach for understanding Prehistoric Populations of Qatar.

Then fellow QNHG member, and year 12 student, Ramaswamy Narayanaswamy, will share his passion for reptiles and his discovery of the lizards of Qatar. This is quite inspiring and we’re very proud to have one our young members present the results of his findings.

This will be our 3rd social distancing talk this season, and we’ll use the Zoom Communication suite. It is very easy to set up and use from all Operating Systems, Desktops (PC, Mac, Linux) and Mobile devices (iOS and Android).

Note that we have a limited number of participants, so please register as soon as possible, using the link below.

After registering, you will receive a confirmation email containing information about joining the meeting.

Looking forward to seeing you online,

On behalf of the Steering Committee

Talk #1: A New Approach for Understanding Prehistoric Populations of Qatar By

The Middle East, and Qatar in particular, lie at the crossroads of the Old World, where Africa, Europe and Asia meet. Due to its geographical location, the Middle East has played a central role in human evolution being the passageway for migrations between Africa and Asia. Remains of these immigration were detected in several excavations in the region and these helped us to understand the arrival, settlement and passage of populations through the ages.

Qatar’s contribution to this research was until now limited as no major settlement from the prehistoric periods has been detected or excavated. In the recent years, however, the focus of the research was shifted to the several thousand prehistoric burial mounds which contain almost equally precious information about the prehistoric population of Qatar.

During this talk you will be informed about how these burials are excavated, what kind of samples are taken and how modern methods help us to retrieve important information about the prehistoric populations, in terms of movement, genetics, diet, disease and interaction with the environment. 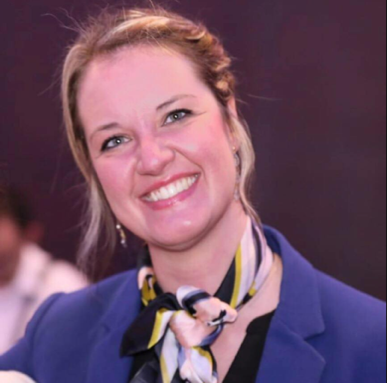 Dr. Sara Tomei is an Italian scientist and core facility manager with 15+ years experience in genomics. She received her BS and MS in Biology and Human Evolution from the University of Rome “Tor Vergata” (Italy) and her PhD in Experimental and Molecular Oncology from the University of Pisa (Italy). Prior to joining Sidra Medicine, she was appointed as Visiting Scientist at the National Institutes (Bethesda, United States), and as Post-Doctoral Associate at Weill Cornell Medicine in Qatar. At Sidra Medicine (2014-present) Dr. Tomei has established a Core Facility for DNA and RNA isolation and high-throughput genomic profiling. She currently manages an excellent team of motivated technologists to serve Sidra Medicine needs and collaborative initiatives. Her team is currently performing DNA isolation and Illumina genotyping for the Qatar National Genome Project.

Dr. Ferhan Sakal is a Turkish German archaeologist who studied Prehistory and Ancient Near Eastern Studies at the Universities of Istanbul (Turkey) and Tübingen (Germany). He holds a PhD in Near Eastern Archaeology from the University of Tübingen. Before moving to Qatar, he worked for several excavation projects in Turkey, Syria, Lebanon, Egypt, Germany and was field director of several excavation and survey projects. He published several books, editions and articles on chronology, archaeological excavations, and material studies. Since 2013 he works for Qatar Museums and currently holds the position Head of Survey and Excavation at the Department of Archaeology.

The talk first delves into how reptiles as a group evolved, exploring their humble beginnings and their consequential evolutionary radiation into different groups such as squamates which includes snakes and lizards. The second part of the talk focuses on the lizard fauna of Qatar - their distribution, relevant physiological and anatomical features as well as their dietary adaptations which enable them to thrive in the region’s arid climate.

Originally from India, Ramaswamy who is now 18, came to Qatar in 2013. He has been a member of QHNG for the last 6 years. Since then, QNHG has been one of the main sources of nurturing his ideas and interests on nature and biology.

Ramaswamy has been studying in Newton British Academy for more than 5 years, where he is currently pursuing Biology, Physics , Chemistry and Math courses for the UK Advanced Subsidiary Curriculum.

Ramaswamy aspires to become a zoologist specializing in the ecology and natural history of reptiles, both living and extinct.