UNESCO protection of natural heritage: Al Reem and beyond by Dr. Anna Paolini, UNESCO Representative in the Arab States of the Gulf and Yemen and Director UNESCO Doha Office since September 2013.

Talk is on Wednesday, October 4, 2017 at 7:00 p.m. at Doha English Speaking School click on the link for direction

The presentation will highlight the work that UNESCO is doing in the field of protection of natural heritage in relation to the new UN Sustainable Development Goal Agenda. The talk will present the Natural World Heritage program and the Man and the Biosphere MAB program, which are important initiatives of the Organization. In Qatar the Al Reem reserve is preserved and valued under MAB definition and the WH site of Zubara is part of it. Nevertheless, many challenges are still present in the management of the reserve and there is a need for more engagement from the private-public sector to highlight its values. 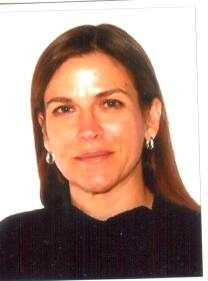 Dr. Paolini was UNESCO Representative and Head of Office in Uzbekistan from 2007 to 2009 and later she covered the same position in Jordan. In 1992, she joined UNESCO as specialist in the field of culture at the Regional Office in Amman. In 1997, she moved to UNESCO HQ covering several positions within the Culture Sector including being responsible of movable heritage activities and on heritage in conflict response in the Arab region. Prior to that, she held a research associate role at the Institute of Architecture of Venice, worked in restoration in Italy and carried out research in the field of urban rehabilitation in several Arab and African countries. She holds a Master’s degrees in Architecture and a Master’s degree in Urban and Regional Planning for Developing Countries, a post-graduate degree on Development Cooperation, as well as a Ph.D. in Urban and Territorial Engineering. Dr. Paolini is a member of the International Council of Museums (ICOM) and the Italian Association of Professional Architects and is author of several papers on different cultural heritage subjects.

Meetings take place between October and June, usually on the first Wednesday of the month. They are held at 7:00 pm in the gymnasium of the Doha English Speaking School Map (click to see the DESS map for directions) unless stated otherwise . An illustrated talk follows the announcements, and there is a lending library of books available to members. See the Lecture Programme on our website and look out for further announcements.